To close out the Celebration of Chick Lit Tour, I’m so excited to have Becky Monson on my blog. Becky’s books always make me laugh and so I shouldn’t be surprised that her post below also elicited quite a few chuckles.  Don’t believe me? Read for yourself.

The Importance of Chick Lit

Call it what you want – romantic comedy, girly humor, whit lit – it’s all the same thing. I like all of those terms, but I seem to stick with Chick Lit. Hey, I’m a chick and I like literature, so it’s quite fitting. Some people don’t care for the term and feel like it’s degrading to the female species. It doesn’t bother me. In fact, a quick google search for the term defines it this way: “novels written for, about, or by young educated women.” I like that. Whether I’m actually a “young woman” is for me to know and you not to find out. I’m young at heart, and that’s all that matters.

It should be noted that just because it’s called Chick Lit doesn’t mean that men shouldn’t read it. Much to the contrary, in fact. If men invested some time into “girly” books, they might actually learn a thing or two about the female brain and might relate better. Maybe it should be required reading, actually. I may have to discuss with my local school district…

For me, reading needs to be an escape. I do not like to read “real” – I have too much “real” in my life already. I crave the easiness, the excitement, the page-turning addiction, and of course the happily-ever-after. Those qualities are what I need from a book. And, in general, the Chick Lit genre usually carries those qualities (and if not, I’ve been known to throw the book across the room, or my kindle).

These are the very same reasons I write Chick Lit. Not so much for the easiness of it, because writing a book is never easy (don’t believe me? Just try it), but for the fun, the excitement, the not-so-real. And, of course, the happily ever after.

So I say long live the Chick Lit genre. May it bring an escape of happiness and satisfaction to your “real” world. 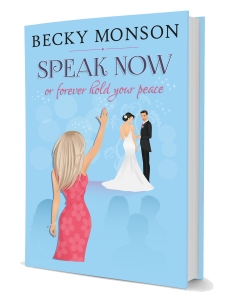 I can’t wait until this one hits the top of my TBR!!

Thank you all for celebrating chick lit with me. Join me on Wednesday, January 6th when I celebrate the release of Novelista Girl! In the meantime, grab copies of How Do You Know? for FREE and Just Friends With Benefits for 99 cents.